‘Data Centre Séance’, part of Correspondence of Imaginary Places, involved a collaborative psychogeographic focus on an austere data centre in Manhattan known as ‘33 Thomas Street’ and the ‘Long Lines Building’. This unusual Brutalist building was built in 1973-4 as a windowless concrete and granite fortress, strong enough to withstand a nuclear blast. Collaborative proxies of the artist Jacquelene Drinkall included the New York art collective Art Codex (Vandana Jain, Glen Einbinder, Mike Estabrook), a psychic called Neptune Sweet aka Electric Djinn aka OmniJenn also known as Jennifer Berklich, a hacker called Ryan Holsopple, and the Australian art critic for ARTnews Peter Hill. These proxies, together with a few others, braved a snow blizzard to execute the psychogeographic investigation of this building that was only recently identified by Edward Snowden as the National Security Agency’s ‘Titanpointe’. 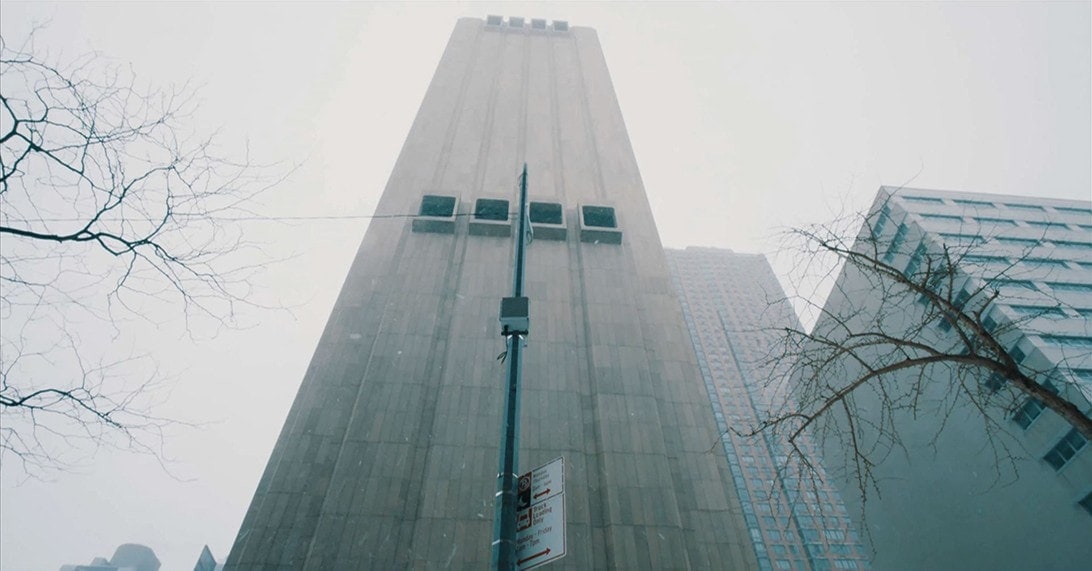 To: Correspondence of Imaginary Places Re: NSA’s Titan Point

The initial séance was held at the location of 33 Thomas Street in the public park access area next to the building. Prior to arriving in the park the group participated in a silent “drifting” around the building.

To begin the séance a circle was formed and the “sitters” held hands to close the circle and connect energetically to create a positive environment for non-verbal communications. Several deep breaths were taken to relax the sitters and calm the surrounding air. Each participant was asked to feel any vibrations that they could perceive from the building. All the participants were informed they were also conduits for any communications they may receive. Some impressions that I personally received were a bit vague initially, I believe this was due to the inclement weather as the cold inhibited the free flow of energy. I was however able to pick up on the idea of lies/deception and the color blue, although it wasn’t specific at that time whether it was a light or some other source of the color blue. 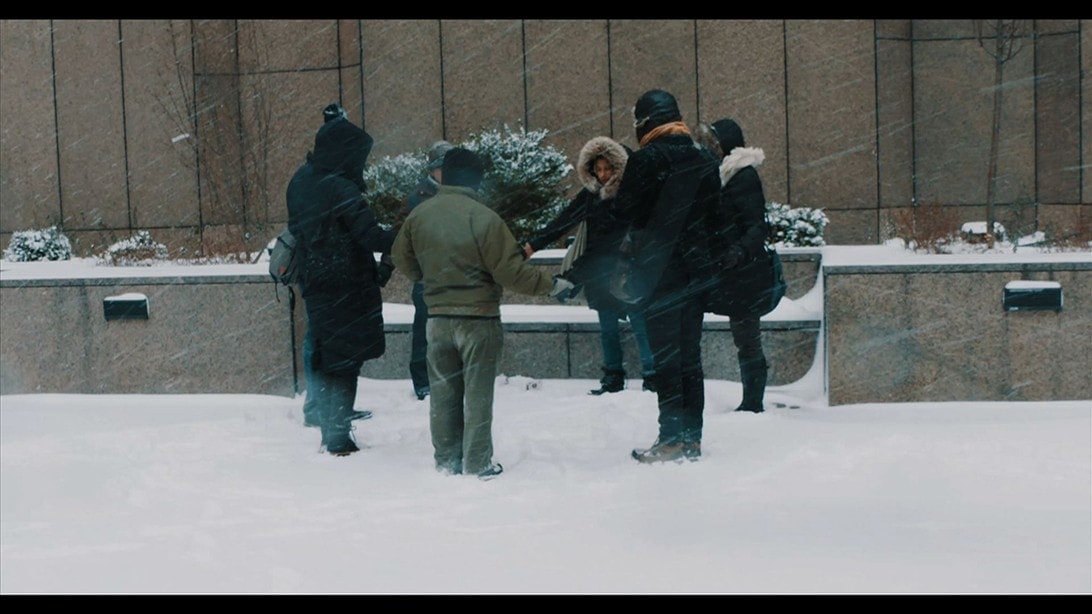 I did notice that the building seemed unusually quiet at the time and was quite intrigued by this as most buildings in the city have a distinct humming sound. Our séance was brief do to the cold so no further information could be garnered at that time.

However my curiosity compelled me to try a “Remote Viewing” to see if I could ascertain any new information on Titan Point. Below is a drawing produced during that “Remote Viewing” session.

The preparation for the “Remote Viewing” session was again deep breathing and meditation to relax and focus the mind on the point of interest. 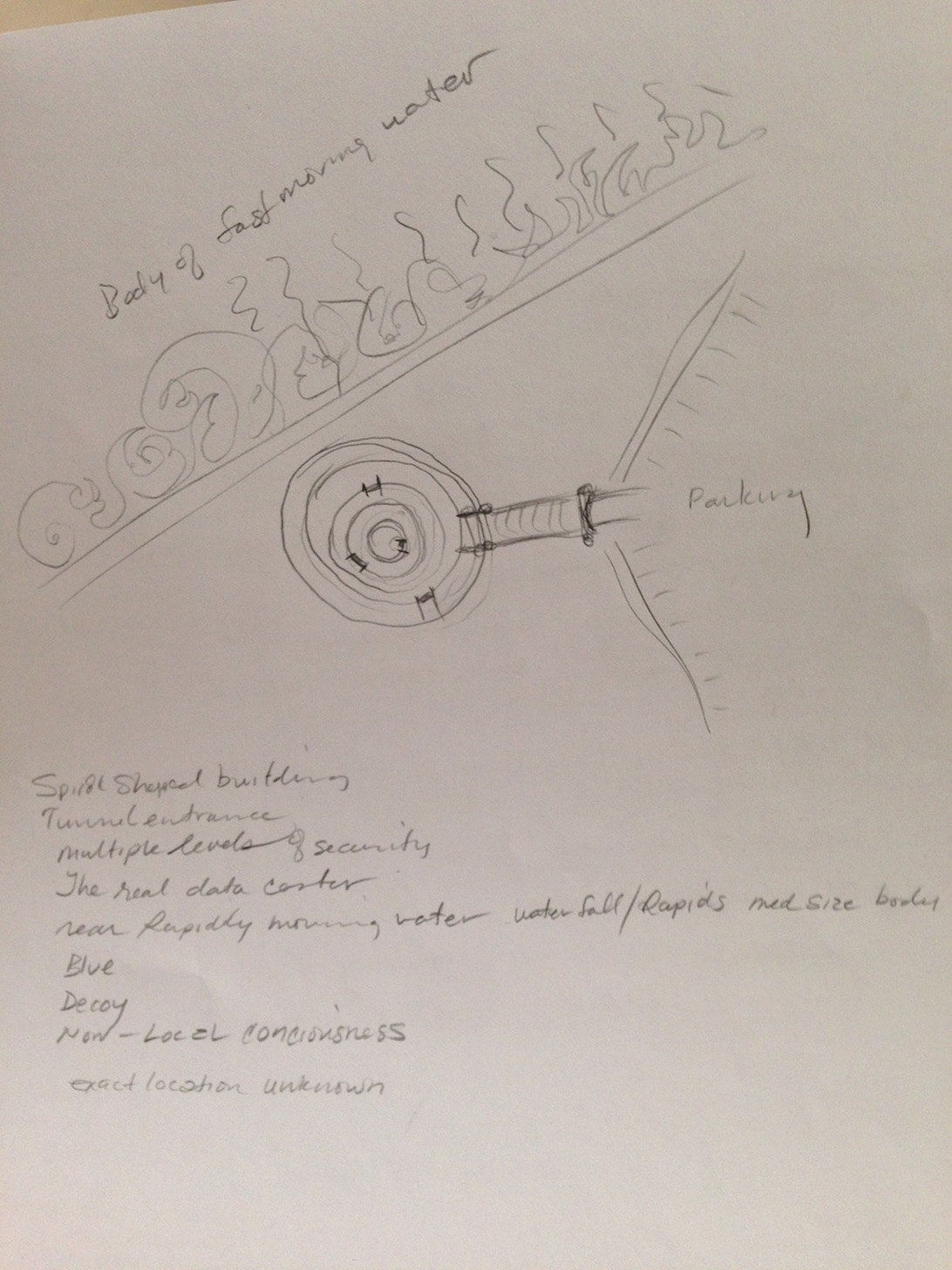 My session produced a number of interesting “hits” Initially I could “hear” the sound of rushing water, which lead me to think of water falls or a fast moving river like a rapids. I believe this may have been the blue I was perceiving at the Thomas street sight but was not able to clarify at that time. As more impressions came I began to “doodle” on the paper producing the image you see here to the side. A spiral image came into my awareness with a long tunnel and also a V shape.

Upon finishing the session I concluded that the 33 Thomas Street location is that of a Decoy. At the very most it’s just a stopping point for a larger and “real” Data Centre whose physical location is yet unknown, but may be the Spiral image by the water that I perceived. There is a non-local consciousness regarding the transfer of data/information. Perhaps the true location will one day be identified for I am unable to ascertain that at this time.

In addition to the “Remote Viewing” session I decided to pull out one Tarot card to see if I could gain more insight into the reading of the Data Centre. Interestingly enough the Two of Swords was the card that was selected. 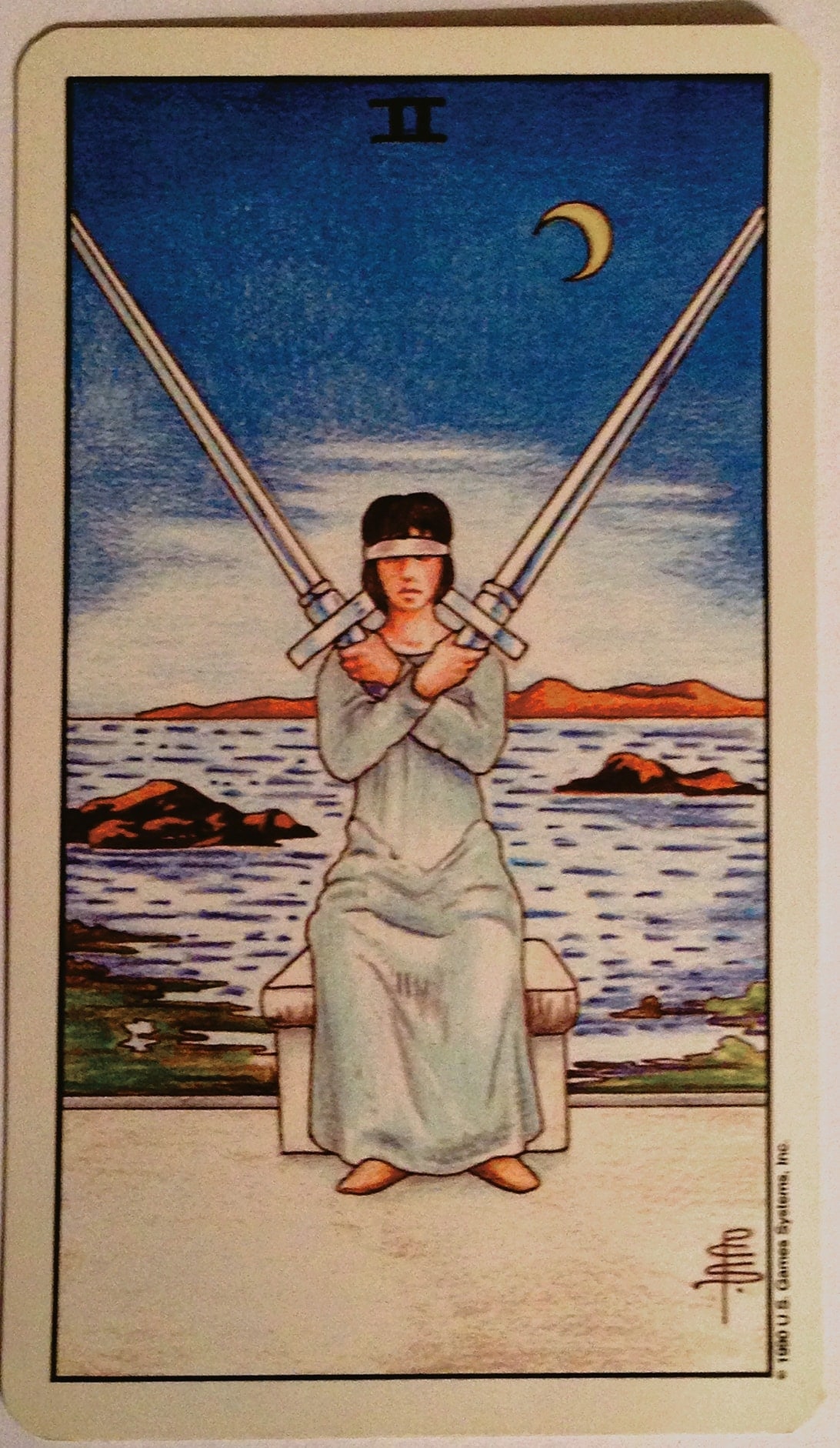 This card is significant in that it confirms the feeling of Water, as can be seen in the background of the card where there is a significant body of water. Swords also are an interesting suit as they pertain to the realm of the mind and the intellect it also is in the element of air which is the way through which we can send information remotely. Swords however can be double edged so positive and negative forces can be brought about through this particular case. In the specific instance of Two of Swords it can be also an indication of mixed signals, missed communications or double meanings even deception. The crescent moon also indicates something hidden yet to be seen.