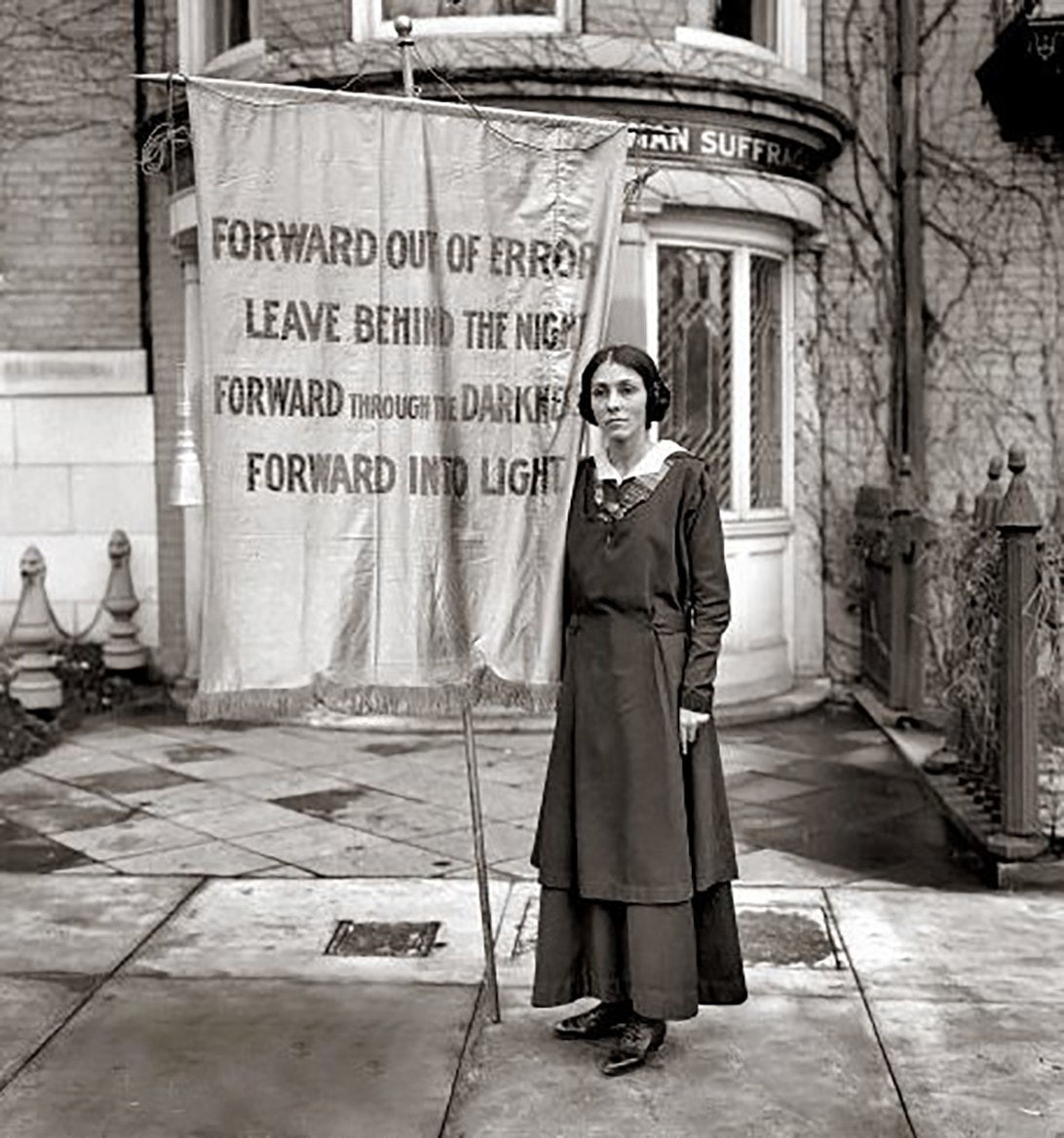 Untitled (Dissent/Descent) is about the atrophy of Western-style Democracy and the consequent erosion of civil rights that were once hard-won through sustained protest and activist movements. Protest today - while still offering fleeting but powerful feelings of solidarity - seems to be a flaccid, theatrical tool that can no longer generate lasting, positive social change. Governments cannot be shamed into action anymore; acts of hope are easily subverted and used as weapons in the fight to consolidate power, wealth and privilege. This is not to say there aren’t alternatives; just that the change is now enacted somewhat invisibly by small communities instead. 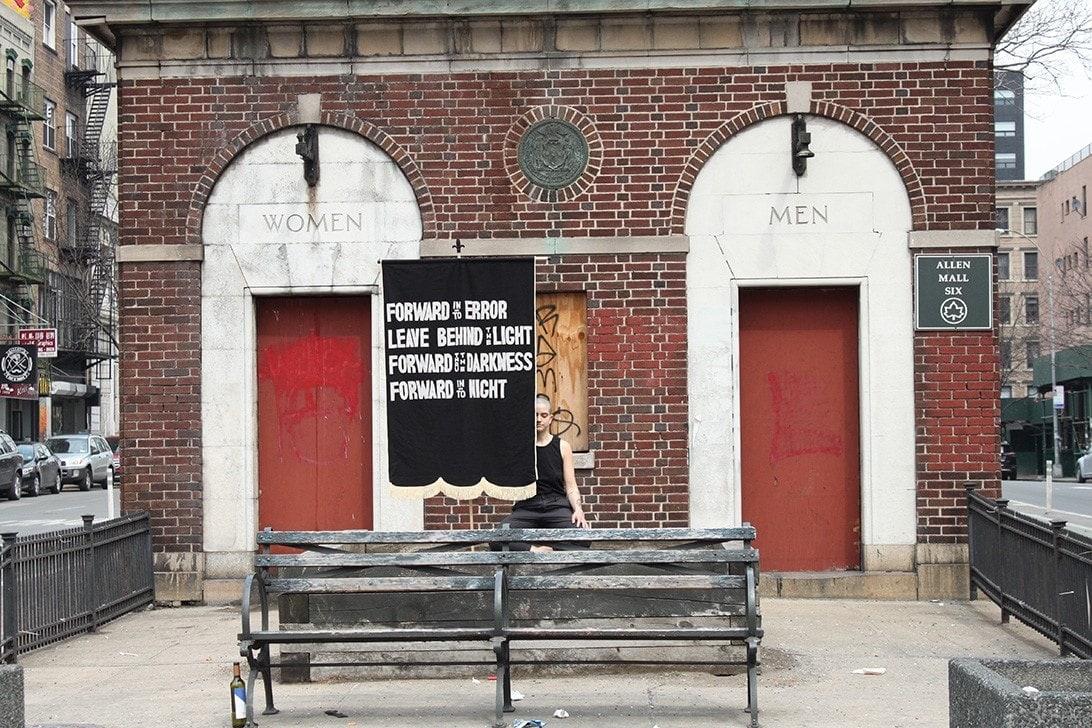 In this action, the purpose of protest is made personal. Each bearer of the banner becomes a collaborator in a protest of their own devising: bringing their own physicality and experiences of disenfranchisement or Otherness. The banner acts as a kind of spiritual prop: in this performance, Christine holds the banner as protection, ‘occupying’ a public restroom in response to their own (mis)treatment in these kinds of gendered social spaces.

-* This poem originally appeared on a suffragette banner flown by New York campaigner Inez Milholland in the fight for women’s Citizenship rights in the US. The first women’s march on Washington was led by Milholland in 1913, with women winning the vote in New York State in November 1917 and followed by nationwide emancipation in 1920. 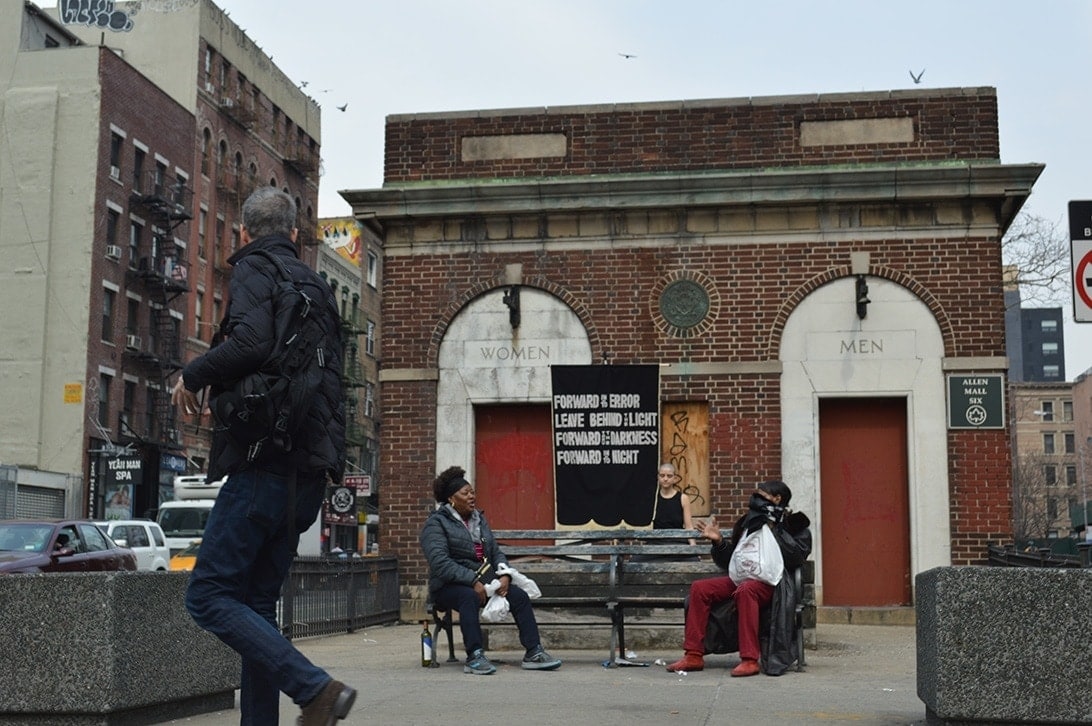 While recording Connie’s piece I thought about music I had recorded in the past. These audio pieces were single takes, for over an hour, with an emphasis on ambient sound coming from the traditions shared by La Monte Young, Tony Conrad, and Charlemagne Palestine. I had always felt I was on the verge of meditation during these recordings. Like Connie’s and Christine’s piece, this draws a near equivalence between meditating and the stage. An auditory experience that envelops, in Christine’s case it is the urban aural. 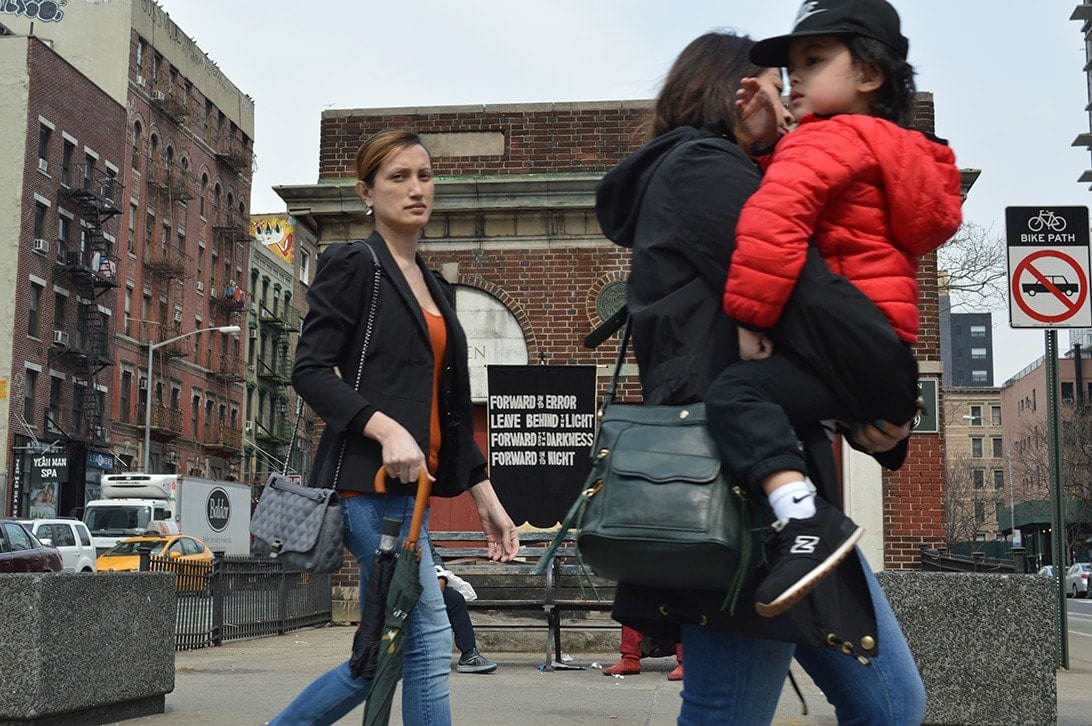 Striking, however, is the presence of gender politics in Connie’s piece. While the swarm of people and constructed norms flit in and out of view during the hour, Christine and her banner maintain the central glow around which the supposed binaries orbit. She and her banner are a distilled core, a nucleus, a truth about how one identifies presented in stark contrast to the signs reading Women and Men (a juxtaposition which quite literally empties these signs themselves, the bathrooms are abandoned). 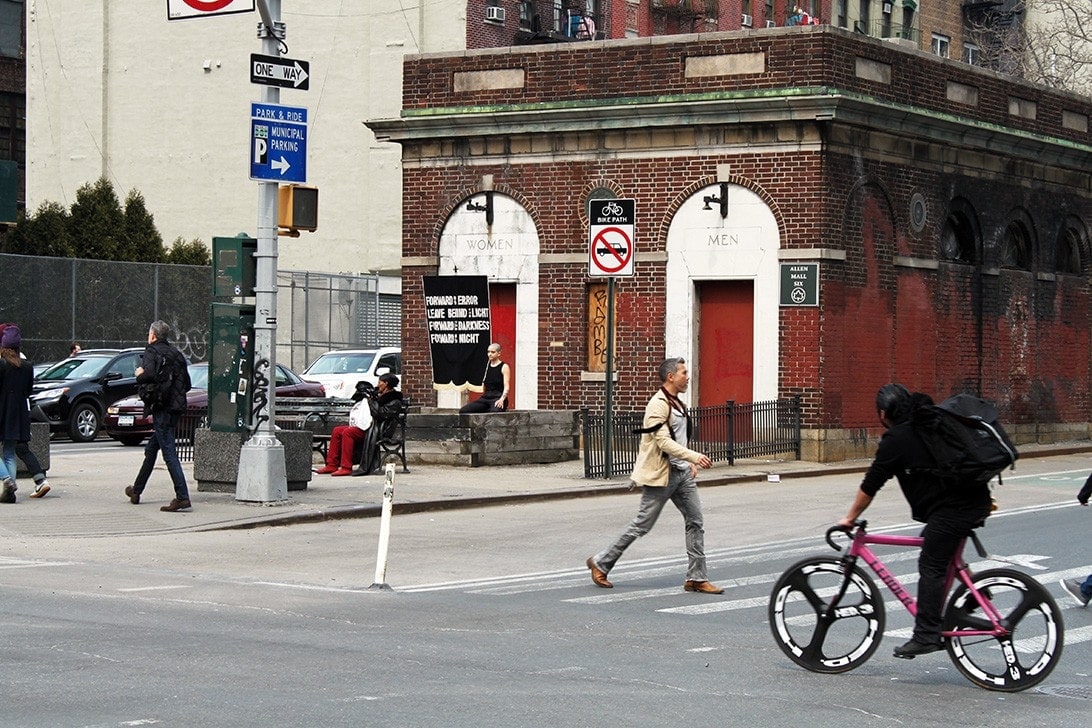 2017 marks the centennial for women’s suffrage in New York State. Connie’s banner, while a variation on initial suffragette banners, draws a connecting line to this protest one hundred years old. It does so knowing protest itself cannot act as it once did in order to be effective. In fact it nearly doesn’t protest at all. Christine’s stillness and site placement is a kind of inverted protest, inviting the public to come to it. As a model I find this setup to be very intriguing, as a piece I find it to be quite powerful.