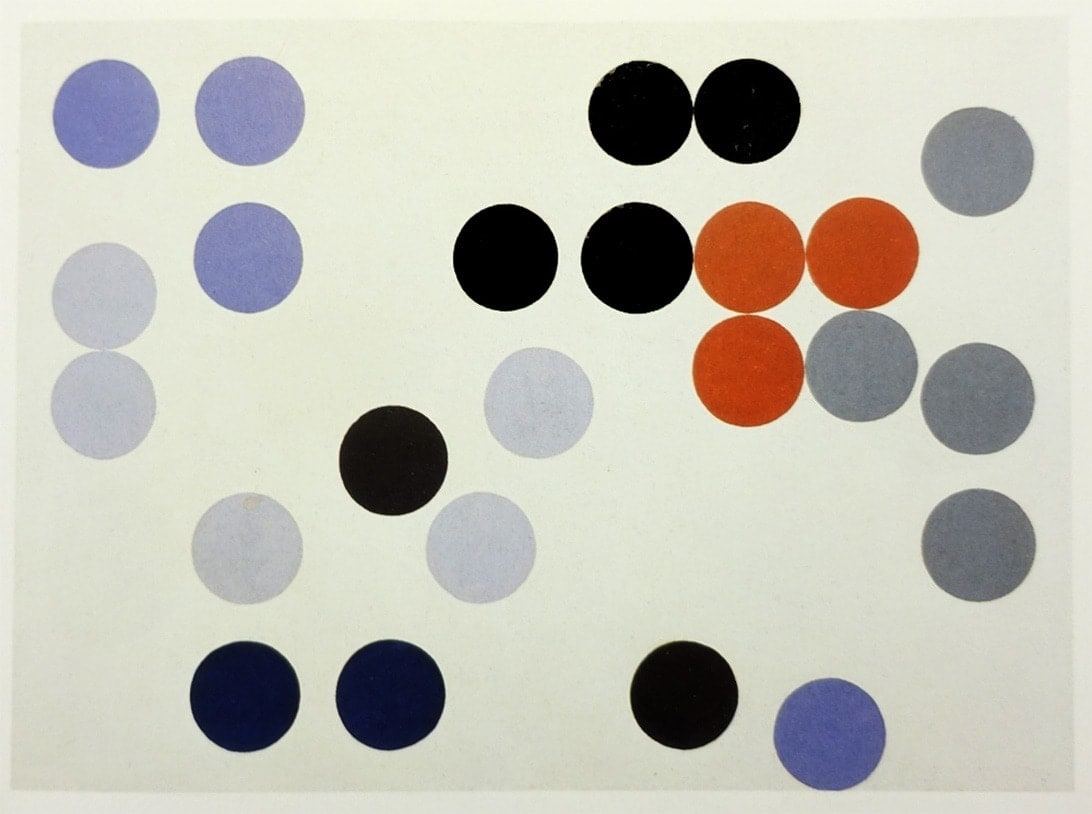 Sophie’s Circles aims to treat Sophie Taeuber’s 1934 gouache painting, Moving Circles, as a long-distance performance in which its 24 circles are understood as in pause-mode (for 83 years so far), waiting, like the Agave ‘century plants’, to begin to actually move. It facilitates this transformation by providing 24 circles, enlarged if necessary and hopefully of the same colours as in the painting, and inviting people to physically move them around a space that has the same proportion in relation to the whole painting as the circles have. 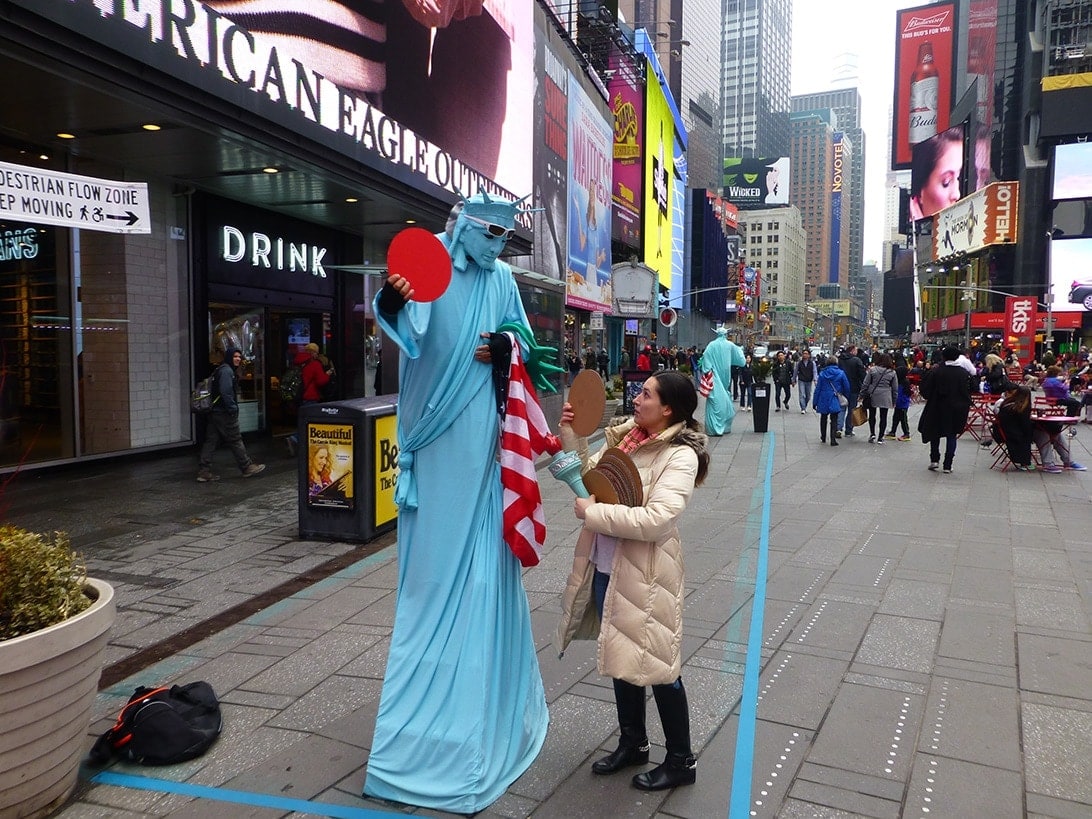 This process could be understood as enabling Sophie’s circles to transition from virtual to actual space—a little like A. Square’s dimensional journey from Flatland into Spaceland (and also into Lineland and Pointland) (1). However I decided it is more like a long performance than dimensional travel because the paint and paper of Sophie’s painting already have depth (a third dimension, despite their Flatland-like thinness) and do little to create the ‘illusory’ space normally thought of as making an artwork ‘two dimensional’. This might be expected as the artists’ groups that Sophie worked with after 1930 (Cercle et Carré and Abstraction-Création) emphasised the avoidance of representation (2). Thus the transition from stillness on the paper into movement on a different ground can be best understood as all happening in the same continuous Spaceland that our bodies inhabit along with Sophie’s painted circles. 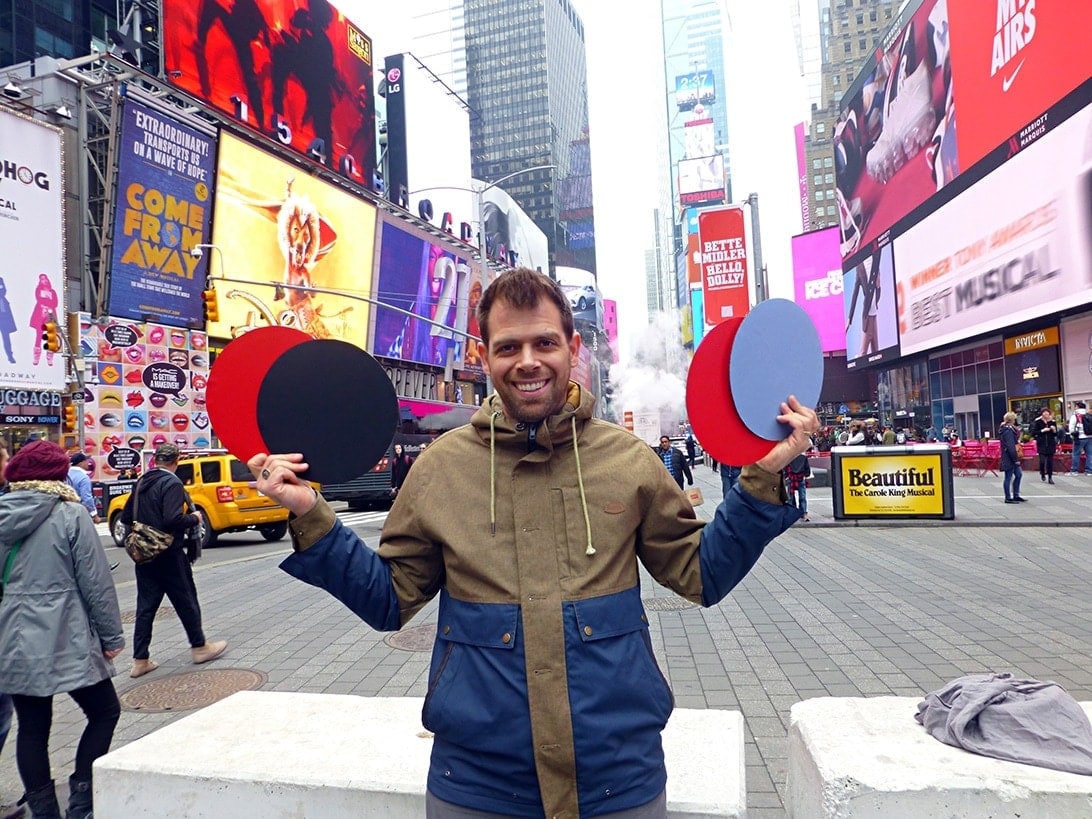 Sophie’s Circles is also intended to create a continuity with and acknowledgement of the artists working a century ago to develop artforms and art practices that could contribute to the revaluation of place (though they may have used different language), well before the disasterous consequences of this devaluation in climate change was generally acknowledged. It also experiments with ways of including the relationship with actual space that is such an important part of their work by preventing its actual space (the ‘space’ of Spaceland) from being subsumed into the virtual space of photographic documentation (our own variation of Lineland). It is also intended to make a long performance that engages with the work of artists who have come before, and whose ‘shoulders we stand on’, etc. Moving Circles 1934 also invites this continuity, being a title that suggests that movement must be about to happen, or just finished happening. I understand Sophie’s incorporation of time into her work via titling as a demonstration that her circles occupy the actual space of Spaceland, not the illusory space of visual representation.

Margaret Robert’s invents, researches and plays with shape that excites me. Her project “Sophie’s Circle” which uses Sophie Taeuber’s “Moving Circles” from 1934 as inspiration enables Sophie’s circles to transition from virtual to actual space, 83 years later. 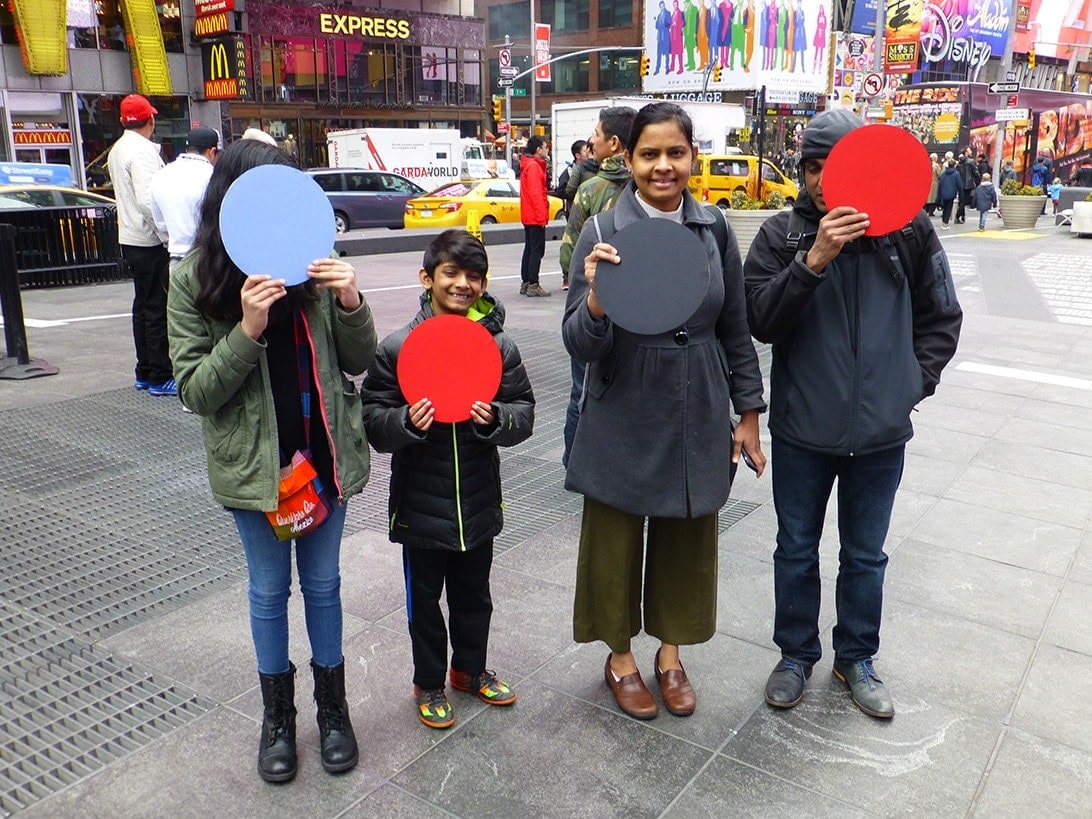 I create circles in my own work so was hooked from the beginning. I found cardboard cake boards to hold colored papers that I matched to the 1934 original. Margaret sent instructions for a stamp and we created an edition of 24.

Each move I made after was a collaboration. Speaking to other artists, Roberts and I decided that Times Square would be the location. I also had conversations with performance artists to see how they prepare for performance.

Having never performed before I struck luck when electronic artist Neptune Sweet fluttered in and created a flowy energy that the public was receptive too. I never met her before, she wanted to come and help out and had previously worked with Art Codex for Correspondence of Imaginary Places. 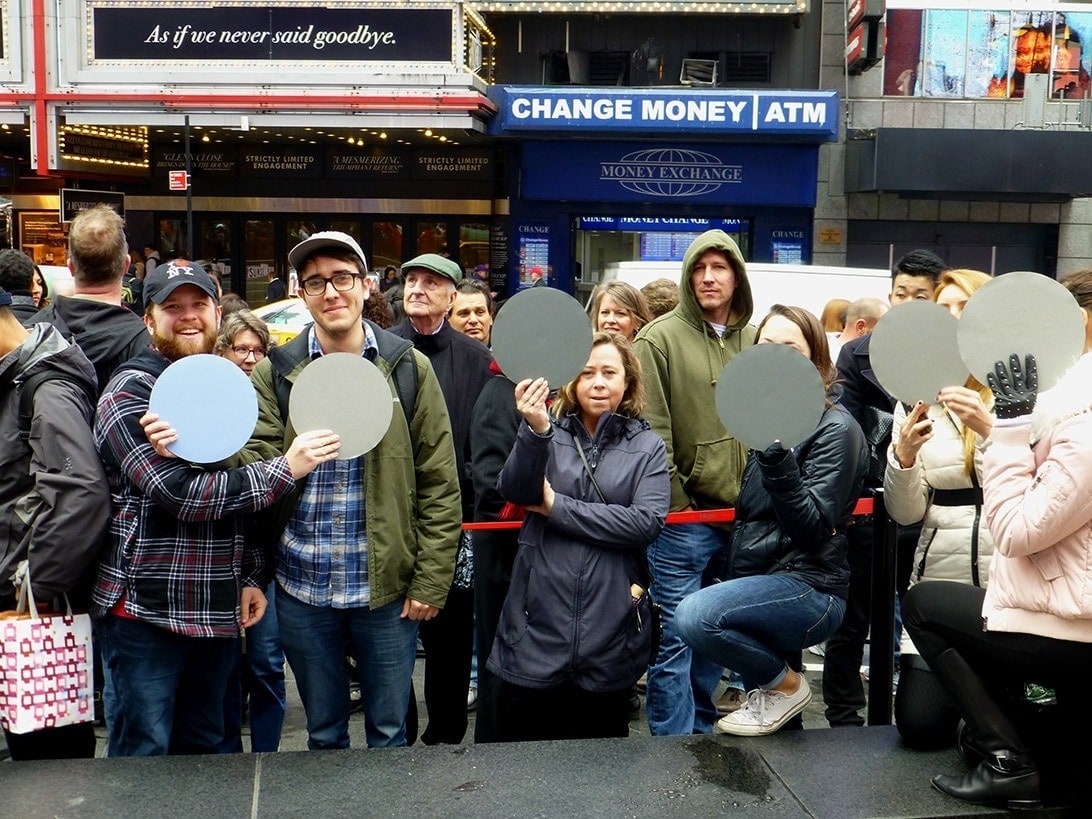 I was struck by what we were able to accomplish as three. Reto Stuber to document, Neptune Sweet to bounce energy off of with the public. I love editing video and had a great time piecing the footage together with music by Electric Djinn. I made the video focus around a picture that Roberts selected to document her work. It was a loving family of four who were open to strangers asking them to select a circle and pose.