When researching for this project I was struck by the lack of acknowledgement of the First Nations People of New York. This work was a step into a medium I have not explored i.e street art in the forms of stencils and as a follow up paste ups. The design was a fusion of an Aboriginal Australian protest slogan – Always was, Always will be Aboriginal Land and the Native American Medicine Wheel – with the colours of red, yellow and black which hold significance for both First Nations peoples. This work was an attempt to bring to peoples consciousness the presence of First Nations people in New York city and their connection to their land. - Aleshia Lonsdale 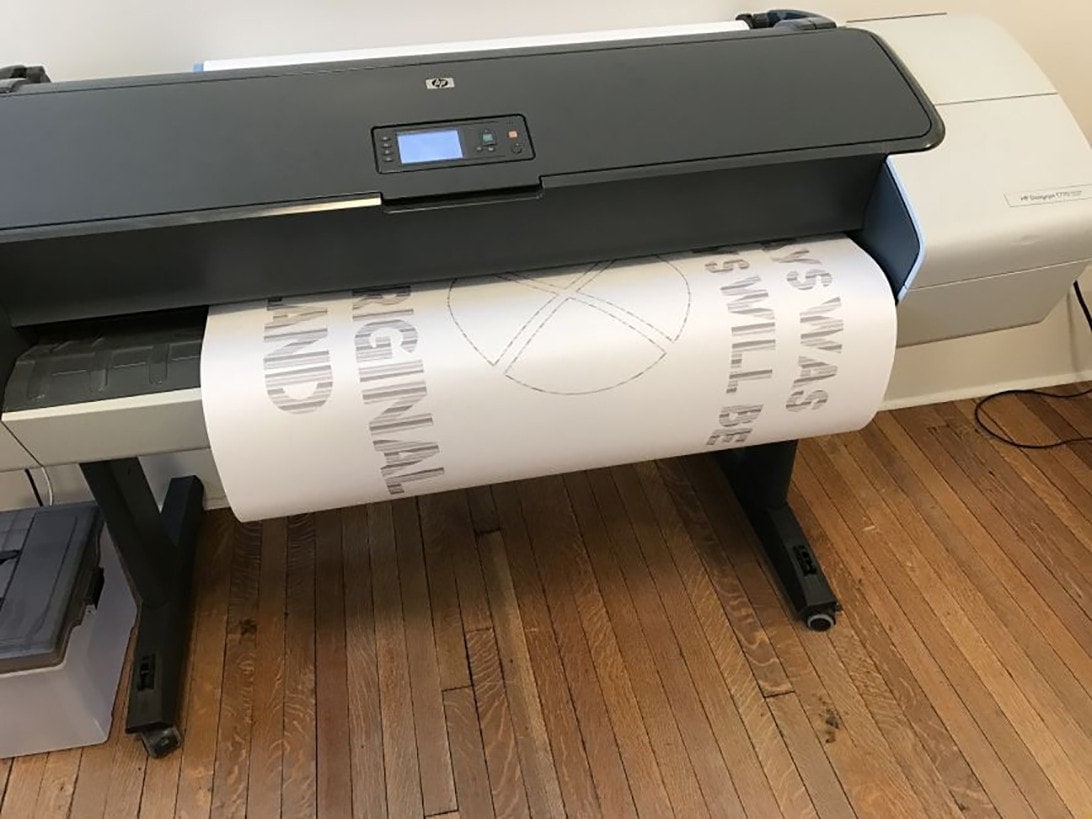 The initial concept behind Aleshia’s project was the recognition of indigenous and native land by the settler inhabitants of Manhattan. She emailed me two PDF files containing text, expressing the desire to have these painted or pasted in public areas in the city. The underlying political message would be inherent in the medium itself, as well as the written text. I opted for a medium, dishwasher, sized format template for spray-paint. 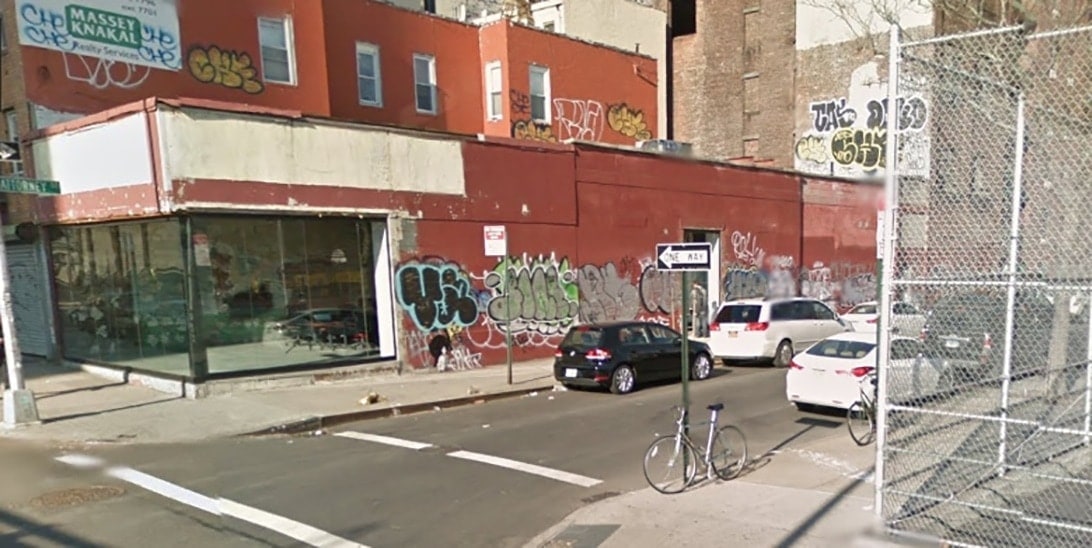 The reality of handling a large-ish template on the street, just in practical terms, is that being discreet becomes a hardship. During my initial forays, working alone, I was captured digitally in process several times. I noticed they were documenting me working, not the work itself; once the template was pulled away the viewer would leave, not once photographing the finished art. It seemed people were interested in an assumed act of radicalism itself, but not the result. 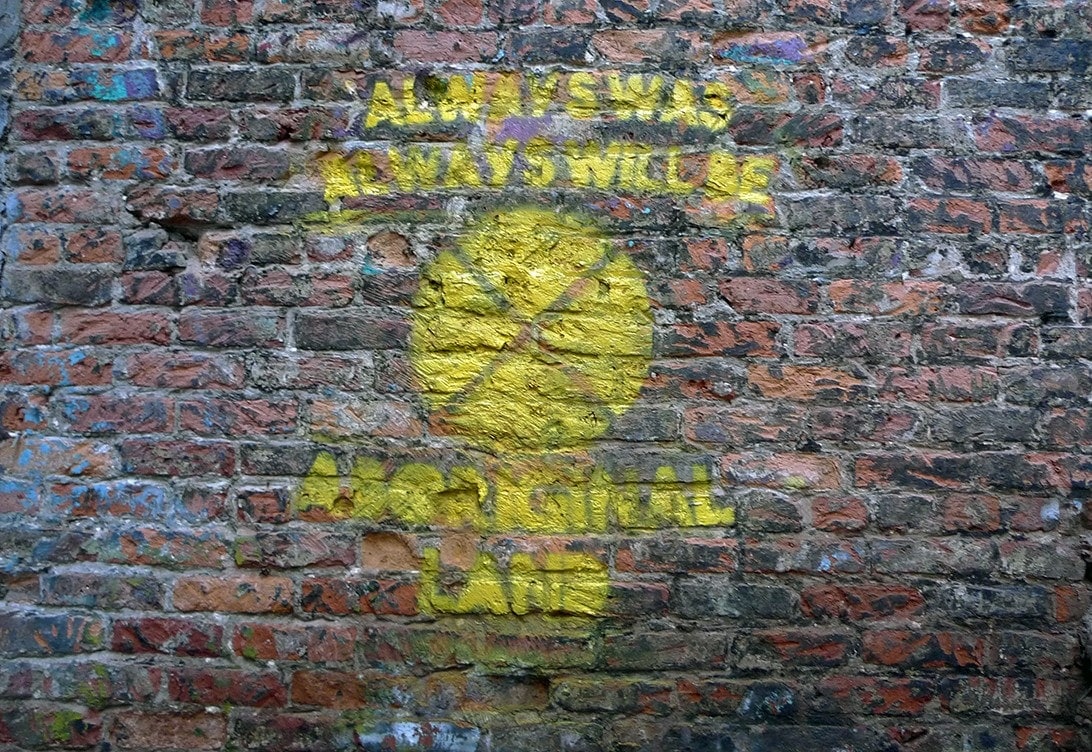 A few days later I returned to the first two locations where I sprayed the walls, on Attorney Street. They were gone; covered over by larger, more aggressive work. There wasn’t even a remnant or evidence of palimpsest to document. The off-the-beaten-path quality of that strip of street obviously made it attractive to others as well. 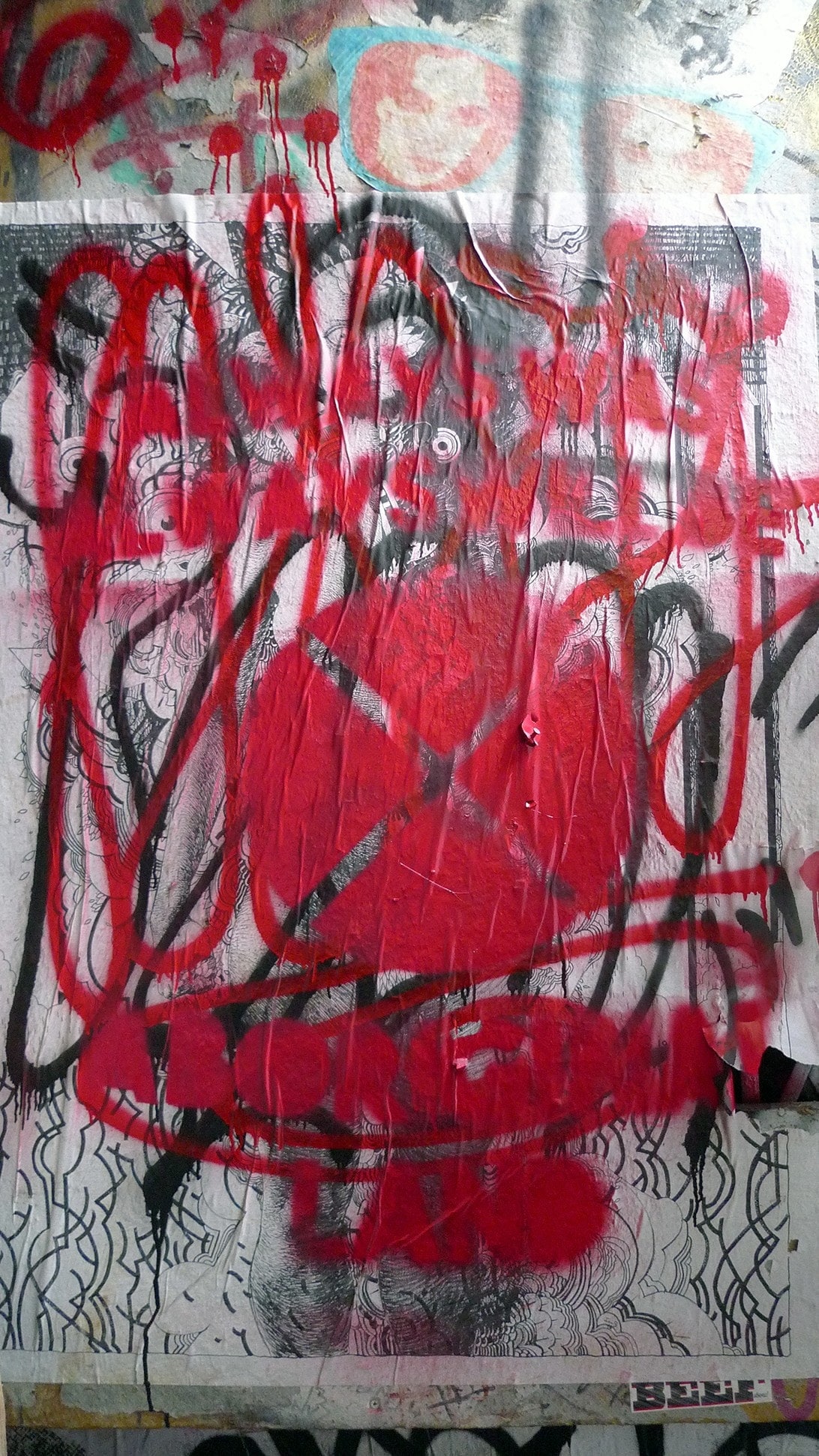 For the final effort, I put the work up on the ABC No Rio building itself, just inside the doorway. Since this was a building I was allowed to paint on, I was able to linger afterward to photograph things rather than return later. I had heard Australia has designated graffiti areas, which to me seem beside the point, and this was the closest I was going to get in New York City. While this project is, to me, meant to refer to ongoing settler occupations, there is a more current occupation of its citizens that has been occurring since 2001; what has been referred to as a prototype of an American police-state.