July 14-28, 2018 The first night in Kandos at the residency the overnight temperature dropped to – 8. The house itself was relocated to its present site, and although the bathroom and kitchen have been recently renovated, and the place is super tidy and clean [and much nicer than my actual home], it’s still on old place that lets the cold in. This isn’t a complaint at all. I find that a spartan atmosphere is good for the creative process, and with my daughter Lily hunkered down under multiple doonas in the second bedroom, and calling out for crumpets in the morning, there was a holiday feel to the experience. 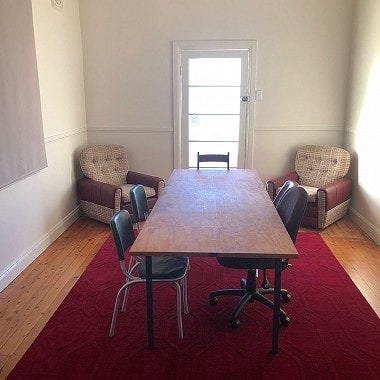 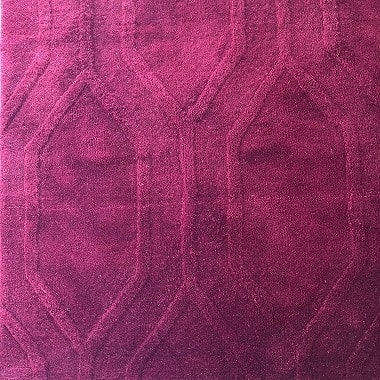 check out the carpet! 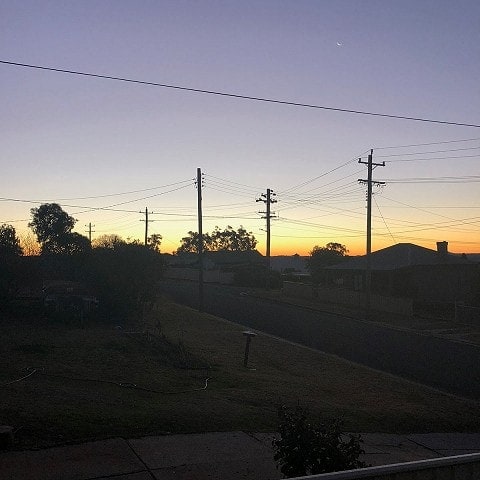 The key to a creative process [for me at least] is not to think too hard about an idea. Instead, I try to let it percolate in the back of the mind, engage with it consciously sometimes, but once I’ve achieved a state of Zen-like disconnection, the idea will present itself. Meanwhile, I go for walks. Every house in Kandos is worth a picture, especially in the late afternoon, and in an effort to up my daily step count, I did long circuits around the streets - with a pit stop at the Kandos Hotel - on the way home. 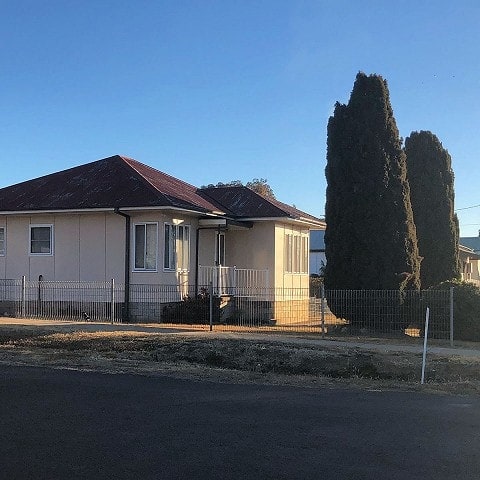 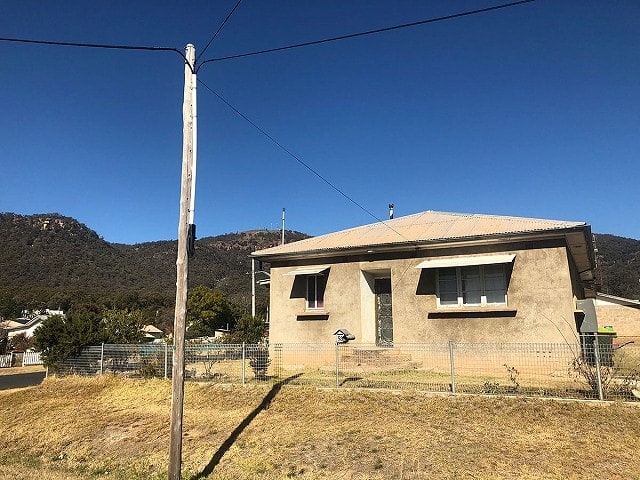 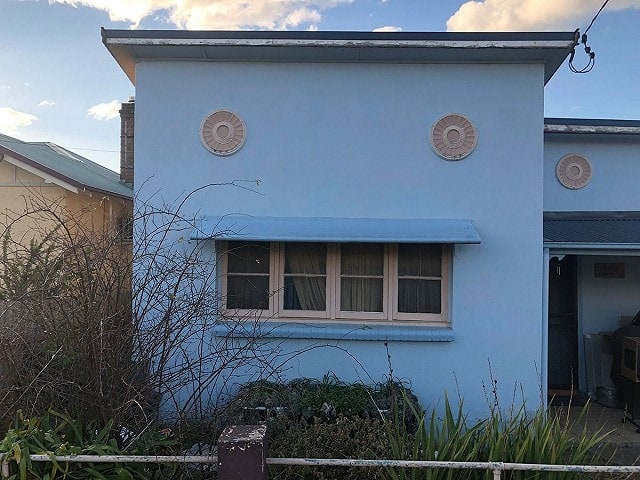 Apparently Kandos magically allows every visitor at least one great find in the town’s op shops. Alex W. told us of past discoveries such as a vintage 60s biker jacket that had been secured from Vinnies for just $10. I was sceptical that I would find anything that exciting until I visited the Kandos Tip Shop and, almost the last thing I saw on the bottom shelf of recovered books was this slightly dirty [but cleanable] copy of a 1980 Strugatsky Bros. novel. Not only is it a first edition, it’s being offered on eBay for $150. I later found a copy of Kim Stanley Robinson’s ‘Years of Salt and Rice’ in Lithgow, a first edition paperback worth $175. The op shop gods smiled on me. 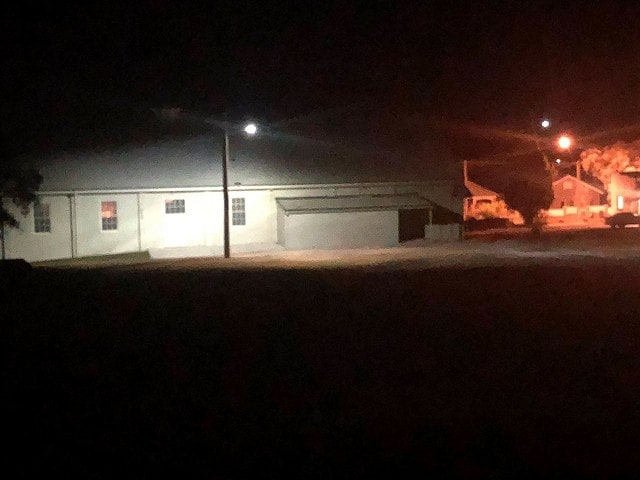 My visit to Kandos was to work on a curated exhibition component for Cementa 19. I’m interested in regional artists whose work directly relates to the past, present and future of the places where they live. Unlike some of my previous curatorial projects, I didn’t start out with a specific idea of what the show will be about, or indeed who will be in it, but slowly, the idea came more into focus and my Zen approach seemed to be working. We experienced the fabled Kandos Lights on the way home one night, and it was then I had my eureka moment… 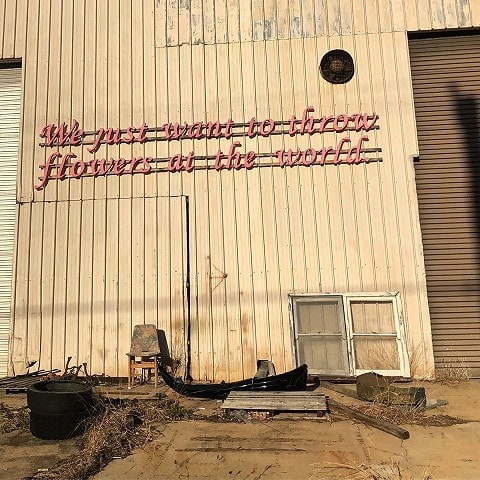 It feels like the signs of change are everywhere in regional Australia. There is a constant process of erasure as history is rewritten, the names of places change, and language itself is altered, as meanwhile a heroic effort to remember is undertaken. That was my link, and my theme, all in one. 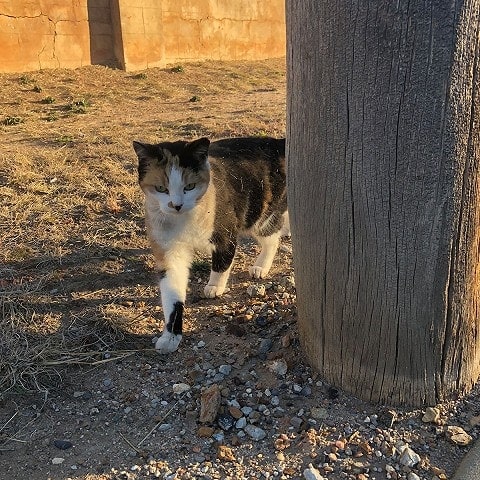 I drove a lot: to Bathurst, Orange and Dubbo, day trips to Gulgong, Lithgow, and Ilford, short hops to Dunns Swamp-Gunguddy and Rylstone. I visited artist’s studios and saw a lot of great work. Everyone was super friendly and I started to seriously consider moving to Kandos full time at some point in the future. 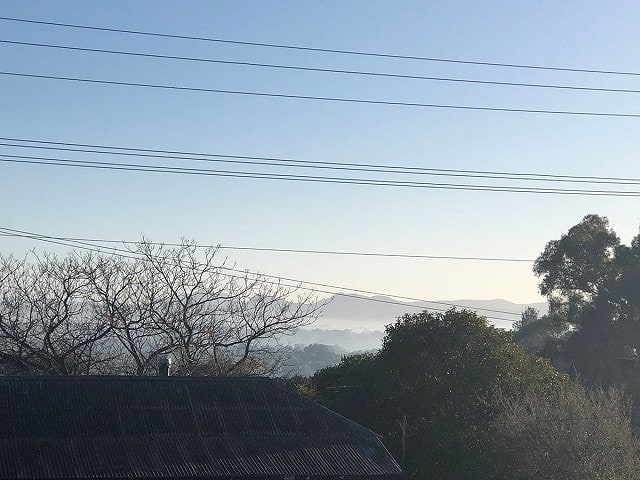 From the residence windows and verandas you can see to the north a series of mountain peaks in the Wollomi National Park. In the morning the land is shrouded in mist, and as the day progresses and the sky becomes bluer, the mountains get darker, blacker. In the evening, the sky is a gorgeous pink that shades into blue and black. Beyond the peaks and park is the equally stunning Bylong Valley, a series of farms and mountain peaks that reminds anyone raised on American Westerns of a rural Monument Valley, Australian style. The only bonus of going home was I that got to drive through it one more time.